Who were the first African fossil hunters? From the Ancient Egyptians of North Africa who carved hieroglyphs on fossil seashells, to the Khoesan artists who painted dinosaur footprints on the walls of a rock shelters in Lesotho, we will explore the archaeological record of palaeontology in Africa. This change of perspective provides some fascinating insight about the History of Palaeosciences and how different cultures interpreted the same extinct species in completely different ways. 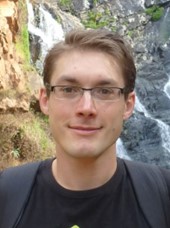 Dr. Julien Benoit is a French-born palaeontologist. He obtained his PhD in France in 2013 and moved to South Africa in 2014 where he became a Senior Researcher in therapsid palaeontology at the Evolutionary Studies Institute of the University of the Witwatersrand (his current position